Paramahamsa Hariharananda, a direct disciple of Swami Shri Yukteshwar and Paramahamsa Yogananda, has been a very special master of Kriya Yoga. At the age of forty, after years of intense meditation, he attained nirvikalpa samadhi, the pulseless and breathless state in which all activities of body, mind, intellect and ego are dissolved.

Paramahamsa Hariharananda was born on May 27, 1907, the son of a highly educated Brahmin family in Habibpur on the banks of the Holy Ganges in the Nadia district of the Indian state of Bengal. At the age of eleven he took the vow of celibacy and thus became a Brahmachari, whose life is dedicated exclusively to the attainment of God-consciousness. At the age of twelve he received the initiation into the path of Jnana Yoga and in the following years achieved a high social reputation due to his extraordinary worldly and spiritual knowledge.

In 1932 he met his Satguru Shri Yukteshwar and received from him the initiation into Kriya Yoga. Under his guidance he acquired strict discipline and deep meditation as well as extensive knowledge in astronomy, astrology, chirology and cheromancy. When Paramahamsa Yogananda returned to India from the USA in 1935, he witnessed his samadhi state and received initiation into the second Kriya level from him. 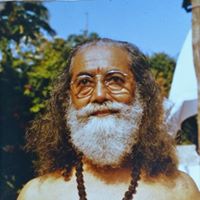 In 1938 he entered Shri Yukteshwar’s Karar Ashram in Puri. He retired to silence for several years to devote himself almost exclusively to serious meditation. Within a short time he attained perfection in three yogic mudras – khechari, brahmachari and sambhavi – after which a supernatural divine light radiated from his body, witnessed by many people.

In the early forties he was initiated into the third Kriya stage by the then head of Karar Ashram, Shrimat Satyananda Giri. In the following time he learned all the other higher Kriyas from Shri Sanyal Mahasaya, the youngest disciple of Yogiraj Lahiri Mahasaya. In the following years he realized six stages of samadhi and in 1948 finally attained the highest spiritual goal, nirvikalpa samadhi, and the state of Paramahamsa.

In 1951 he was commissioned by Paramahamsa Yogananda to give initiation to Kriya Yoga. From then on, he devoted most of his time to spreading this ancient teaching. People of all classes, faiths and social classes gathered around him to listen to his loving and divine interpretation of the scriptures in new metaphorical ways. He began to travel extensively in India and established a network of Kriya Yoga Centres.

In the early seventies he gave two speeches in English at Cuttack on the occasion of the Conference of World Religions chaired by the Divine Life Society: “The Essence of All Religions” and “The Message of Spiritual Life”. Many spiritual organizations then invited him to their ashrams and conferences. Hundreds of people from different parts of the world gathered at the Ashram Shri Yukteshwars in Puri and accepted Paramahamsa Hariharananda as their divine master. 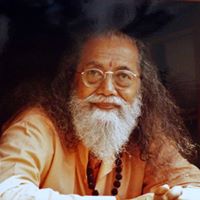 In 1974, he travelled to the West for the first time at the age of almost 70 years due to numerous requests and invitations. He first visited Switzerland, Germany, France, Holland, Belgium, England and other European countries and in 1975 also taught in the USA, Canada and South America. Through the encounter with him thousands of people experienced inner transformation. Paramahamsa Hariharananda possesses both extensive knowledge of all holy Indian scriptures and deep knowledge of the Torah, the Bible, the Koran, the Buddhist scriptures and the ethical and metaphysical teachings of all religions in the world. The enormous range of his knowledge is impressively documented in his books such as “Kriya Yoga”, “The Bhagavad Gita in the Light of Kriya Yoga”, “Isa Upanishad”, and various treatises on Western and Eastern philosophies and belief systems.

He went to his Mahasamadhi on December 3, 2002. As a master of all yoga systems, he was a unique spiritual teacher who, through his simple lifestyle and loving nature, taught the scientific technique of Kriya Yoga in theory and practice. 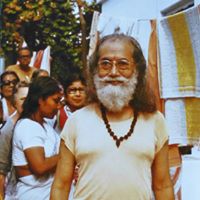 Paramahamsa Hariharananda’s biography is a perfect example of an ideal life in love, devotion and constant awareness of God.